There’s a lot that you can learn when a Capricorn man kisses you.

So if you feel like you’ve found a great Capricorn guy, then there’s going to be nothing better than when that Capricorn man finally kisses you.

Not only is it a pretty big deal, but it’s also a big deal for him as well. Let’s talk about what this means, as well as the juicy details when it comes to the Capricorn man and locking lips.

When A Capricorn Man Kisses You: What It Means 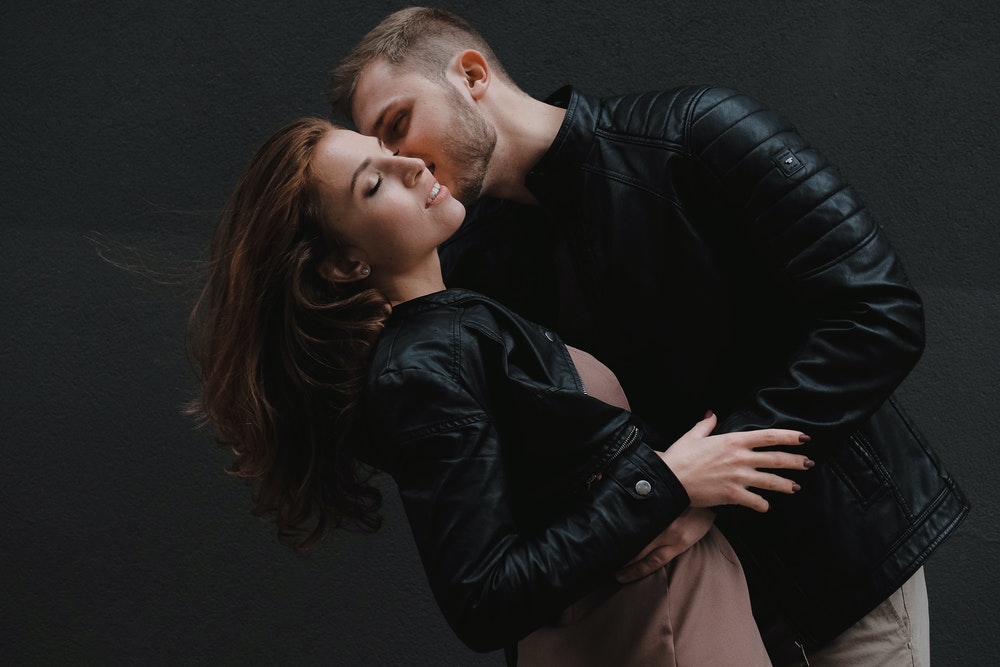 When a Capricorn man kisses you, consider it to be a very special moment that you’ll never forget for the rest of your life. It’s a big moment for the Capricorn man, too.

In case you haven’t realized it by now, consider this to be a really good thing! Allow me to quickly explain. The Capricorn man comes with a lot of great characteristics such as:

This means that the Capricorn man has put in some good work to attract you. Not only that, he was ambitious enough to move on in and give you a romantic kiss.

This isn’t something that he will do with every woman. So keeping everything in mind, this is a very big sign that Capricorn man is really interested in you.

After all, Capricorn men certainly don’t go around kissing women that he doesn’t like. In fact, he probably wouldn’t even waste time with a woman that he didn’t have some type of feelings for.

You can consider that when the Capricorn man kisses you, it’s a very big step in the right direction of where the relationship should go.

It doesn’t mean that it’s smooth sailing from here on out, but you’ve definitely got the Capricorn man’s complete attention. Let’s talk more about the Capricorn when it comes to kissing.

Capricorns do absolutely love kissing. Given the fact that Capricorns are so loyal, it’s the first big step in beginning to demonstrate his loyalty.

The Capricorn man isn’t just going to be going around kissing many women. While the Capricorn can be high in confidence, he’ll certainly catch the eye of many other women.

However, the Capricorn man is very precise with who he wants to spend time with and ultimately form a relationship with. Kissing can help initiate that process, and that’s certainly another big reason why Capricorns like kissing. Capricorns are certainly not bad kissers. In fact, you’ll probably discover that the Capricorn man is one of the best kissers.

The Capricorn man is very hard-working, and anything that he does, he wants to make sure that he does to the best of his abilities. The same goes with kissing.

The Capricorn man is the type of guy who might have practiced kissing on a stuffed animal when he was younger. As silly as it sounds, to the Capricorn man, practice certainly makes perfect.

Also, there are plenty of mistakes that you can make when kissing. A few of them include:

The point is, don’t expect the Capricorn man to make any of these big kissing mistakes. He’s not a bad kisser, by far, and he actually enjoys it. He’s got the practice and experience.

The only time you’ll find that a Capricorn man is a bad kisser, is if he simply hasn’t had enough experience, yet. But hey, that can happen to every guy, so cut him some slack if that’s the case.

Lastly, some of the best kisses occur when they mirror and match what the other person is looking for. After all, you don’t want to rush heavily into a kiss when the other person wants to be gentle and romantic.

I bring this up because sometimes it takes a kiss for the Capricorn man to better understand what you’re looking for. If this ends up being true, then you can expect even better kisses as you continue to progress in your relationship.

Do Capricorns Kiss On The First Date?

Capricorns are absolutely capable of kissing on the first date, but only if they are interested in the girl and they feel that the time is right.

After all, not every first date turns out to be the best date. The Capricorn man understands that and will reserve a kiss if he feels like the woman is going to be a great match for him.

Don’t worry if a Capricorn man doesn’t kiss you on the first date though. He might just be taking things slow, or maybe he didn’t muster up enough courage to make that first move and kiss you.

Yes, you definitely read that right. It’s certainly a possibility that the Capricorn man got nervous, which can be yet another sign that he is interested in you.

If that’s the case, and the rest of the date went well, there’s always date number two that you get to look forward to.

When A Capricorn Man Kisses Your Forehead When a Capricorn man kisses you on your forehead, you can also consider this as another big sign that he is really interested in you.

A kiss on the forehead is romantic, it’s gentle and sincere, and this is the perfect way for the Capricorn man to show you how he feels.

When a Capricorn man kisses you on the forehead, it also signifies that:

When you think about it, how often do you kiss someone on the forehead? It’s usually only done when someone means a lot to you, and that’s the way the Capricorn man sees it.

At the end of the day, there are a lot of great spots where the Capricorn man might kiss you:

The fact of the matter is this. If the Capricorn man is kissing you, it’s a very big sign that he is really into you. Keep kissing back and enjoying those very romantic moments!